Did you see Dr. La Follette’s article on Laser Technology in the Marin IJ? 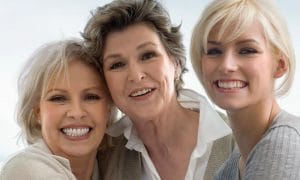 Science fiction television shows, books and movies like “Battlestar Galactica,” Star Wars” and “Star Trek” have long linked laser technology with futuristic warfare and space travel. The truth is, for more than five decades lasers — an acronym for light-amplified stimulated emission radiation — have increasingly played a significant role in our everyday lives through products and services, including CD and DVD players, barcode scanners, high-speed metal cutting and welding machines, and measuring systems.

The success of laser technology across various industries is because, unlike a standard light beam, a laser’s beam of photons operates within a narrow wavelength range, and can be focused to a small high-power density point.

In medicine, laser technology has evolved to play a “here to stay” role in the early detection of cancer and tumors, and has enabled less-invasive surgical techniques with greater surgical precision. Laser technology has become a key component in diagnostic and therapeutic instruments in medical specialities, including ophthalmology, dermatology, cardiology, gastroenterology, oncology and cosmetic surgery.

In my specialty of obstetrics and gynecology, lasers are now replacing the X-rays traditionally used in mammography. They are also being used in in-office procedures, such as treating and reversing the effects of vaginal atrophy — the thinning of the vaginal walls leading to dryness, painful urination, burning, painful intercourse and lack of muscle tone. A laser commonly known as a CO2 fractional laser releases energy through a special pulse, and the laser energy heat penetrates to a depth that stimulates the synthesis of new collagen, which results in the thickening of the vaginal skin, increasing moisture and better lubrication that restores the vagina to a state similar to before menopause.

More than 40 percent of women over the age of 50 have vaginal atrophy, which also affects breast cancer survivors and women who have undergone hysterectomies.

The technology was approved by the U.S. Food & Drug Administration in late 2014. According to a recent study conducted at the Christ Hospital in Cincinnati and Stanford University Medical Center, there were overwhelmingly positive and immediate results; highly statistically significant improvement in symptoms after the first treatment; and an escalation of progress with each subsequent treatment. Further, the study concluded laser therapy safety and effectiveness.

Women’s health care as well as aging well medical procedures for men and women have seen technological advancements in recent years, including a plethora of state-of-the-art controlled light-based laser and aesthetic services allowing individuals to not just live life, but to embrace it with confidence.

One of the fastest growing FDA-cleared laser treatments being embraced today is for non-invasive body contouring and fat reduction. Even with diet and exercise, many of us have stubborn pockets of fat that seem impossible to lose. New laser applications bring about lipolysis, or death of the fat cell.

If you are considering a laser procedure or have been advised to have one, ask questions, look for real result data and make sure you are fully informed about the procedure. As mentioned above, there are many laser procedures on the market. They are not all the same in terms of success rate and satisfaction level. Talking to and learning from medical practitioners who deliver laser treatments, as well as patients who have received treatments, just makes good sense.

Laser technology has come a long way since the first laser was created in 1960. Today, the safe and efficient enhancement of lasers to benefit society remains a priority across many industries. It’s more than science fiction.

Dr. Dela Merced is always very positive & helpful during every one of my visits!