A Woman’s Perspective: Depression Screenings Essential for Moms and Moms-To-Be 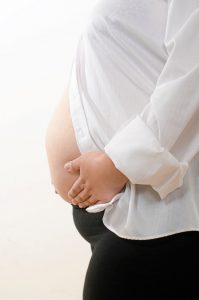 Last month a government advisory group recommended that all adults — including pregnant women and new mothers — should be screened for depression as a routine part of healthcare. After reviewing years of research, the task force concluded screening for depression remains an important part of primary care for adults of all ages, and for the first time, separately addressed pregnant and postpartum women for routine screening.
As a longtime, avid advocate for depression screenings for pregnant women and new moms, I support the recommendation. My women’s healthcare practice routinely screens patients using a self-reporting questionnaire that helps us flag patients needing further assessment, monitoring, and treatment for depression.

Women have a 1 in 4 lifetime risk of depression, and it’s most prevalent during their reproductive years.

Women have a 1 in 4 lifetime risk of depression, and it’s most prevalent during their reproductive years. Plus, women who have had major depression in the past have a higher risk of becoming depressed in pregnancy — especially if they stopped taking antidepressant medication while trying to become pregnant.
Antenatal depression, also known as prenatal depression, is a form of clinical depression that can affect a woman during pregnancy.

While depression can occur among women with healthy pregnancies and healthy births, studies show an increased risk for depression among women:
• Of multiple babies: Mothers of twins or triplets have a greater risk of developing depression compared with women who give birth to one baby.
• Who are teenagers: Teen moms are more likely to have postpartum depression than older moms.
• Experiencing infertility or miscarriage: Depression affects some women having a hard time getting pregnant or losing a baby early in pregnancy.
• Who experience premature labor and delivery: These mothers have a significantly higher risk of depression.
• Who have a baby with a birth defect or disability: Mom’s risk for depression increases if the baby is “different.”
• Who have had complications and hospitalization during pregnancy or birth: Some studies show an increased risk among women who experienced complications during pregnancy or an emergency C-section.
• Who have a hospitalized baby or infant: Women with sick or hospitalized babies may be at increased risk for depression, as well as stress and anxiety.

Yes, it is definitely good news that depression screenings are now recommended for pregnant women and new moms as a routine part of their healthcare, yet what is equally significant is the recommendation that all adults be screened for depression as a routine part of their healthcare, because that means new fathers, too. Did you know that approximately 4 percent of fathers experience depression in the first year of their child’s life? Did you know by a child’s 12th birthday, 21 percent of fathers will have experienced one or more episodes of depression? Did you know that younger fathers and those with a history of depression are more likely to experience depression?

Excellent detail oriented doctor and really great bedside manner. I am grateful to have found Dr Dela Merced and feel I am in great hands for my pregnancy!