A Woman’s Perspective: Off to College, Safely and Smartly 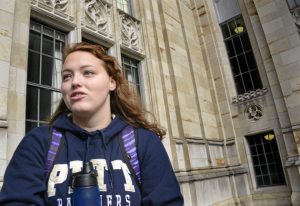 As the end of summer fast approaches, many young women will be heading off to institutions of higher learning for the first time. Others will be returning to college and continuing their undergraduate or graduate degree path. Without question, going to college is an exciting adventure and transitional time in a young woman’s life.

College life is filled with unique opportunities for expanding one’s knowledge base, growing in self-discovery, and making new friends. It’s also a rite of passage for many young women filled with myriad adjustments and peer pressures, many of which will play a role in their general health and wellbeing long after their college years are over.

Stress, for example, consistently ranks highest in negatively influencing academic performance and wellness among young college women and beyond. Other familiar concerns young college women face that are known to also influence chronic health issues later in life include not getting enough sleep, eating unhealthy food, lack of exercise, relationship problems, and alcohol or drug temptations.

Most medical professionals encourage young college women to become proactive and understand that their health is more than their body’s physical condition, that it has multiple components and aspects needing safeguards, balance, informed decision-making, and disease-prevention behavior choices. At a minimum, all college women should learn to monitor and improve their stress levels through good nutritional habits, daily exercise plans, and adequate sleep habits. In addition, all college women should be aware of professionals on campus who take an active role in women’s health, many of whom work at the student health center on campus, providing medical care, medications, pregnancy, and STI testing, as well as health education and counseling.

All college women should read the FDA datasheet as it focuses specifically on health resources available nationwide for them.

The best way to lessen the risk of unintended pregnancy among sexually active women is to use effective birth control consistently and correctly. Among reversible methods of birth control, intrauterine contraception and the contraceptive implant, once correctly in place, remain highly effective for years. The effectiveness of the contraceptive shot, pills, patch and ring, and barrier and fertility awareness-based methods, depends on correct and consistent use, so these methods have lower effectiveness with typical use.

Among the many types of contraception on the market today, the birth control pill is certainly easy, cheap, and overwhelmingly effective at preventing pregnancy when taken as directed. But if you know you’re not the kind of person who’s going to remember to take a pill at the same time every then you should probably go with another contraceptive. Studies show the average pill user misses taking up to three pills a month.

The condom and the diaphragm are barrier methods that have no hormones, which some women prefer or require. An added benefit of the condom is that it is the contraception that provides the most protection against sexually transmitted infections, with latex condoms being best. The vaginal ring and other long-acting reversible contraception, including the IUD and Nexplanon, are birth control methods now recommended for first-time users by the American College of Obstetricians and Gynecologists (ACOG) and the CDC. An added benefit of the vaginal ring and IUD? They help regulate the amount of bleeding.

As a woman, doctor, and mother, I know firsthand that college women are pulled in many different directions, often making it difficult to lead balanced, healthy, and safe lives. I am aware, too, that knowledge is power and that providing women tips for college life that educate and encourage their responsibility in achieving physical, mental, and emotional health will benefit their future wellbeing, too. I encourage you to join in this important women’s health conversation.

So happy to be back to see you!