A Woman’s Perspective: Premature Births are Increasing in U.S. 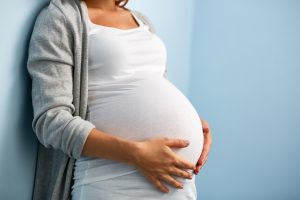 While the goal of a healthy pregnancy is to deliver a baby at 40 weeks, about 15 million
babies worldwide — or one in 10 — are born between 24 and 37 weeks, referred
to as preterm birth. Being born this early is associated with major risks to a child.
Complications from births between 24 and 37 weeks — those of the truest premature babies —
are the leading cause of death globally in children under 5 years of age.
Although more than 60 percent of preterm births today occur in Africa and South Asia, a significant
increase in premature births is taking place in nearly every country today — including the U.S.,
which alarmingly still lags behind other industrialized countries and several less-developed ones in
preventing early births. Some studies conclude more than 400,000 babies are born prematurely
in the U.S. each year, and that our nation’s preterm birth rate is at 11.4 percent, compared with
around 12 percent for low-income countries and around 9 percent for high-income countries.

The truth is health-care providers don’t know definitively what is causing the steady and notable increase in preterm birth rates around the world, and there have been few advances over the years when it comes to preventing or stopping preterm labor. What we do know is ethnic and racial disparities persist. Recent research from the Centers for Disease Control and Prevention shows the rate of the preterm births among African-American women is at 13 percent, about 50 percent higher than that for white women. Studies suggest prenatal care access as well as health issues like hypertension are probable reasons for this disparity.

We also know that there are factors that put some women more at risk for a preterm birth than others, including having health conditions such as high blood pressure, diabetes, preeclampsia, bacterial infections, and blood-clotting disorders. Also at risk for preterm births are women pregnant with twins or other multiples, or who’ve already delivered a baby too early. Studies show women carrying babies with certain birth defects are also at risk as are women who smoke, are overweight or underweight before pregnancy, and drink alcohol or use street drugs during pregnancy.

One thing is certain — the longer a baby gets to grow inside mom the less likely the baby will have problems after birth, and the less financial and societal issues will result. While almost all premature babies survive in developed countries and eventually catch up to their full-term peers, most face a lifetime of costly disabilities, including lung problems, learning challenges, and vision and hearing loss. According to the National Academy of Medicine, preterm births in the U.S. account for more than $26 billion annually in avoidable medical and societal costs.

• Contractions every 10 minutes or more often

• Pelvic pressure — feeling that the baby is pushing down

• Fluid leaking from the vagina

Health-care providers recommend getting cervical length, consider doing a fetal fibronectin (fFN) test, evaluating the uterus for contractions, and treating contractions with magnesium sulfate. These are not a guarantee to stop preterm labor, but they may help a woman stay pregnant longer. Studies show bed rest does not help preterm labor, and may in fact make things worse.

New technologies are being developed, including an innovative blood test from the preterm test from Sera Prognostics Inc. that measures several proteins associated with preterm birth and can be done as early as 19 weeks. A study published last year in the American Journal of Obstetrics & Gynecology found that the test objectively and accurately predicted preterm birth early and before symptoms appear.

Dr.La Follette is a wonderful doctor.She is knowledgeable, caring and understanding.Im very happy i chose her as my obgyn for my pregnancy!