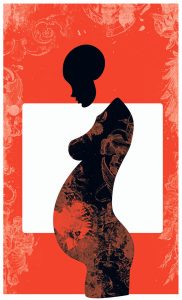 “When a woman intends to have a vaginal birth, we can’t take that lightly. Insofar as it continues to be a safe option, we need to do whatever we can to protect her wishes.”

Those are the words of Holly Smith, the lead editor of the California Maternal Quality Care Collaborative’s latest toolkit, focused on supporting vaginal birth and reducing unnecessary cesarean births among first-time mothers in California.

Since its founding at Stanford University in 2006, the mission of the CMQCC has been to “end preventable morbidity, mortality, and racial disparities in California maternity care.” Today, it’s driving improvement in maternal and infant outcomes that impact pregnant women and women who might want to get pregnant.

The new toolkit for healthcare providers is particularly important because cesarean births are all too common today — and although occasionally needed, do not represent better maternal or fetal outcomes.

As a provider of women’s healthcare for many years, I have seen a clear need and demand for the recommendations and strategies in the toolkit to reduce medically unnecessary cesareans. Research data consistently shows if a woman’s first delivery is vaginal then 90 percent of subsequent births for her are vaginal and easier. This matters for women who wish to have more than one child.

While cesarean birth can be a life-saving procedure to mother and baby when a vaginal birth is no longer safe, first labors can be long and arduous; arbitrary and dated timelines of labor’s purported progress, as well as the increase in inductions, hinder the normal birth process, leading to unnecessary cesarean births. The toolkit discusses subjects like this, making it a valuable resource for California hospitals in reaching the federal government’s Healthy People 2020 cesarean delivery rate goal of 23.9 percent — or lower — for the first pregnancy, full-term, head down, cesarean births — also referred to as Nulliparous Term Singleton Vertex (NTSV) Cesarean Births.

For women, it’s important to know that the hospital where they deliver contributes to the likelihood of them undergoing a cesarean. In 2014 the state’s first-time mother NSTV cesarean rate was 26.1 percent. It has been decreasing since, but with 60 percent of California hospitals in 2014 not meeting this goal, it’s clear there’s more work to be done.

The American Congress of Obstetricians and Gynecologists has created a speaker’s bureau of 15 highly experienced maternity clinicians in California — of which I am one — to spread the word.

The CMQCC welcomes volunteers. Those interested in being involved in improving maternal care in California should contact info@cmqcc.org.

Over the last 3 months Dr. Dela Merced has been helping me manage my cystocele , and my condition has improved immensely with her sound advice and caring bedside manner.