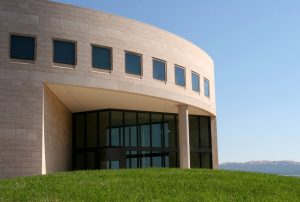 Scientists at the Buck Institute for Research on Aging in Novato and Stanford University have found a method to more accurately determine biological age by measuring age-related, chronic inflammation in the human body.

The new research was published July 12 in Nature Aging, an online-only research journal.

“By applying artificial intelligence methods to deep immune monitoring of human blood,” the researchers wrote, “we generate an inflammatory clock of aging, which can be used as a companion diagnostic to inform physicians about patients’ inflammatory burden and overall health status, especially in those with chronic diseases.”

The researchers also discovered that one particular substance generated in the immune response, CXCL9, is the strongest contributor to damaging inflammation. In fact, they found that some negative effects of aging could be reversed in mice by inhibiting the production of CXCL9.

The vital role of the immune system in protecting against infections and maintaining human health has been recognized for more than 100 years. The immune system employs short-term, acute inflammation both to repel microbial pathogens and to heal injuries.

Only within recent decades, however, have scientists begun to understand that a low-grade, chronic and bodywide inflammation begins to develop in the human body as it ages. This inflammation causes collateral damage to tissues and organs and is associated with an increased incidence of cancer, cardiovascular disease, neurodegenerative disorders and other maladies.

Until now, there has been no way to measure the amount of this “bad” inflammation in the body; prior studies have yielded conflicting results.

“Standard immune metrics, which can be used to identify individuals most at risk for developing single or even multiple chronic diseases of aging, have been sorely lacking,” said David Furman, the study’s senior author and an associate professor at the Buck Institute. “We now have means of detecting dysfunction and a pathway to intervention before full-blown pathology occurs.”

The researchers’ innovation was to use “deep-learning” methods, a form of artificial intelligence modeled on the neural network of the human brain, to analyze immune biomarkers in the blood of more than 1,000 study participants.

Furman is the director of the Buck Institute’s “Artificial Intelligence Platform.” The artificial intelligence algorithm boiled the data down to arrive at a first-ever metric for age-related chronic inflammation.

Furman said artificial intelligence is becoming increasingly important in research of this kind because human biology is so complex and acts in a non-linear fashion.

“We had so much data,” he said, “that it would probably have taken a whole army of people working simultaneously a 100 years to do these calculations.”

The algorithm determined that a group of 50 immune signaling proteins called cytokines were the strongest predictors of inflammatory age.

One reason that older people are at higher risk from COVID-19 is that their weakened immune system’s reaction to the disease is more likely to trigger a “cytokine storm,” Furman said. Such a reaction can kill tissue and damage organs.

Nazish Sayed, assistant professor of vascular surgery at Stanford, said the study identified CXCL9, a cytokine secreted by certain immune cells to attract other immune cells to a site of an infection, as the strongest contributor to chronic, age-related inflammation. Sayed said silencing CXCL9 reversed loss of function in the aging hearts and blood vessels of mice.

The researchers used several methods to verify the accuracy of their new tool for measuring levels of inflammation. First, they compared the tool’s ability to predict the speed at which a group of the study participants would become increasingly frail over the course of seven years.

They measured 30 of the participants’ speed at getting up from a chair and walking a fixed distance in 2010 and again in 2017. The inflammation measure proved to be a more accurate predictor than the participants’ chronological age.

Next, the researchers compared the inflammatory ages of 29 people participating in a separate study of exceptionally long-lived people in Bologna, Italy, with those of 18 people ages 50 to 79. All but one of the long-lived Italians were 100 years old or older.

They found that the centenarians had inflammatory ages averaging 40 years less than their calendar age.

“We have one outlier, a super-healthy 105-year-old man who has the immune system of a 25-year-old,” Furman said.

The reliability of the new inflammation measure was also confirmed when the researchers examined participants in another ongoing study that has been tracking health outcomes in thousands of people since 1948.

Furman and Mark Davis, a professor of microbiology and immunology and director of the Stanford Institute for Immunology, have formed a company, Edifice Health, to commercialize the new test.

Eric Verdin, chief executive of the Buck Institute, is on the company’s scientific advisory board with Furman and Davis.

Both Dr. La Follette and Dr. Dela Merced are simply fabulous! They have guided me flawlessly through a complication filled pregnancy. Being on anti-coagulants, having gestational diabetes and a breech baby has certainly been full of unexpected adventures but they have supported me as my birth plan changed from a natural vaginal birth to a planned c-section! I know I’m in the best hands possible and feel great as we get ready to welcome our baby in less than 2 weeks!