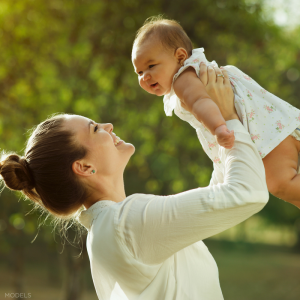 The Buck Institute for Research on Aging in Novato announced Wednesday it is establishing the world’s first Center for Female Reproductive Longevity and Equality to develop strategies to prevent or delay ovarian aging.

“While aging research is seeing unprecedented acceleration, the area of women’s reproductive longevity remains underappreciated or even ignored,” said Eric Verdin, the Buck Institute CEO, in a statement. “Beyond reproduction, the end of fertility sets off a cascade of negative effects in women’s bodies. We want to intervene in that process.”

Verdin said the decision to create the center was prompted by a suggestion by Nicole Shanahan, who is donating $6 million to get the center started.

Shanahan is a California attorney and founder and CEO of ClearAccessIP, an automated patent management tool. Shanahan, who is in her early 30s, has been linked romantically to Google cofounder Sergey Brin in the press. Calico, a biotech company founded in 2013 by Google to do anti-aging research, has a continuing partnership with the Buck Institute.

“Reproductive equality is an issue near and dear to my heart,” said Shanahan in a statement. “On a societal level, reproductive equality impacts women’s health, family planning, infertility, and career development. I am excited to support groundbreaking work that has so many touch points for rebalancing our culture and economy.”

Verdin said, “We already know that ovarian aging is linked to the rest of aging. The age at which women menopause correlates with how long they live.

“There is good evidence to support the model that whatever we have learned about aging in general is going to apply to ovarian aging,” he said, “and thereby lies the potential for us to develop new interventions or to study mechanism.”

Verdin said that recent small investigational studies indicate there are several potential molecular mechanisms that play a role in ovarian aging. These include: impaired DNA repair, metabolic and energetic disorders, and mitochondrial dysfunction.

Campisi said that studies have demonstrated that women who have later menopause live longer and have superior abilities to repair damaged DNA.

“It’s possible that we could exploit this advantage to benefit all women,” she said in a release. “It’s one of places where we could start the larger inquiry.”

Dr. Kara Goldman, a reproductive endocrinologist at New York University, said, “I think this is phenomenal. There is a paucity of research on female reproductive aging and the possible impact it would have to prolong reproductive longevity. Having this institute and its financial resources backing it will move the field forward significantly faster.”

Women’s fertility begins to decline in their early 30s; by age 40 women have just a 5 percent chance of becoming pregnant in any month.

Goldman said, however, many women don’t realize this. She said she regularly sees women in their 40s who assume they are fertile.

“Even though we see in the media that these women are conceiving, very often it is requiring the use of donor eggs,” Goldman said. “There is a huge misconception about the age of fertility decline and that unfortunately has resulted in many women with unintended childlessness.”

Dr. Lizellen La Follette, an obstetrician and gynecologist in private practice in Greenbrae (who writes a monthly column in the Independent Journal), said when women obtained access to birth control and the right to an abortion they believed they had achieved reproductive choice.

“The problem is,” La Follette said, “many women woke up at 39 or 40 and found out that they couldn’t get pregnant; that was not a choice but a destiny. That is a great tragedy.”

Extending the age at which a woman can conceive would restore that choice, she said.

“We as women do not need to feel a biological imperative to reproduce at the same time as we are starting to hit our stride in our careers,” La Follette said. “It would be nice to understand that you are not sacrificing a family by having a high-powered career and vice versa.”

Already high-tech companies such as Facebook, Apple and Google offer egg-freezing as a company benefit to female employees.

Dr. Jen Gunter, a Marin County obstetrician and gynecologist, expressed a bit more skepticism, however. Gunter (who also writes a monthly column for the Independent Journal) said it is unclear to her what the center’s goal would be.

“Are they saying they want women to ovulate for the rest of their lives?” Gunter asked. “I’m not sure I know many women who want to be having periods when they’re in their 70s.

“I’m not sure what the health benefits of a 70-year-old woman ovulating are and if that could have negative health consequences too,” Gunter said. “I hope they’re focusing on disease prevention and reproductive choice. Giving women more reproductive choices is a wonderful goal.”

Verdin said he doesn’t envision the center producing results quite so dramatic. He said he will be happy if it succeeds in extending women’s fertility to age 50.

Goldman said extending fertility for even a few years would “have a really significant impact on people’s lives.”

Is there an age at which women shouldn’t conceive out of fairness to the child they’re committing to parent?

La Follette said that ethical debate should wait until women’s window for conception has been opened as wide as men’s.

She said, “Wouldn’t it be nice to open the window so people can decide?”

This article originally appeared on the Marin Independent Journal.

Both Dr. Dela Merced and Dr. Lafollette are wonderful!