The Making Of An OB-GYN: Get To Know Dr. La Follette! 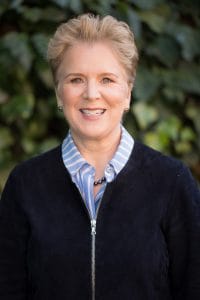 Meet Dr. La Follette: an experienced OB-GYN, she takes pride in her practice and has spent many years honing her craft. Curious about her story? Get to know Dr. La Follette from the beginning:

Her story starts across the globe in Stockholm, Sweden, where she researched cardiology and cardiac surgery.  Even more impressive? She worked in cardiology as a high school student from before starting med school. From Stockholm, she traveled to America where she studied in Cambridge, Massachusetts at Harvard University. There, she picked up her bachelor’s degree in languages and literature (Germanic and Scandinavian, specifically) and pivoted to medical school courses in neurology, neurocytology, neuroanatomy, and histology.

She started Harvard in the fall of 1975 and took a year off between 1977-1978 where she studied cardiac research at the Karolinska Institute.

Following this time, she moved to New York to pursue a career in acting, enrolling in a summer program that eventually landed her at Lehman Brothers international advisory group from fall 1980-1981 traveling monthly on the Concorde to Kinshasa Zaire. It was here that she realized her calling in medicine. Disturbed by the lack of medical care seen on the streets, she returned to Harvard to complete her pre-med courses.

Following an impressive run at the prestigious Ivy, Dr. La Follette packed her winter coat and headed to Case Western Reserve University School of Medicine in Ohio where she went on to earn her M.D., focusing on courses in cardiology, molecular biology, and hematology.

During her third and fourth year clerkship, she worked in California in UCSF’s department of radiology where she went on to have her work about the use of femur length measurements in obstetrical ultrasound published. This was her first foire into the world of OB-GYN.

Still, it wasn’t until her medical residency back in Ohio that she solidified her prowess in the field. During her residency, Dr. La Follette performed abdominal and vaginal surgery (including advanced laparoscopic and hysteroscopic cases) and even received the 1991 Resident Research Award.

Following this feat, she went on to make it official: in 1995 Dr. La Follette was board certified in the practice of Obstetrics and Gynecology.

While she had years of practice during her clerkship and residency, Dr. La Follette took her first job in Greenbrae, California as a group practice partner at Women’s Medical Associates. Likely, some of you reading may even know her from here!

After a decade with this practice, she made the courageous decision to open her own practice— which is where she’s been ever since. Through her many years of practice, Dr. La Follette has made a point to stay up to date on the latest tech, even getting certified in the intuitive surgical, da Vinci Surgical System in 2008. Between running the practice and learning about the latest tech, Dr. LaFollette has even managed to publish a vast array of works on obstetrics, her latest in 2016 tackling menstrual cycles and app technology.

While her resume is obviously impressive, Dr. La Follette isn’t all business! In her spare time, she enjoys keeping physically active with yoga, biking, and hiking. And when she’s not keeping active, she’s traveling: Dr. La Follette often finds herself in Paris with family.

Always a pleasure and a great experience! Love the whole staff!