Hot and bothered: What women should know about perimenopause 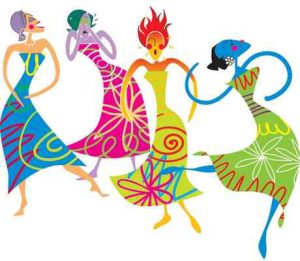 Perimenopause, also known as the menopausal transition, refers to the time in a woman’s life when her body is naturally transitioning to menopause and is producing less of the hormones controlling her period (estrogen and progesterone). Perimenopause usually begins when a woman is in her 40s — but it can also begin when she is in her 30s, sometimes even earlier. Recent studies show specific factors contribute to a starting perimenopause early, including smoking, family history, cancer treatments and hysterectomy.

The average length of perimenopause is four years. For some women perimenopause lasts a few months; for others it can continue over 10 years. Perimenopause officially ends with menopause — defined as when the ovaries stop releasing eggs and a period is missed for 12 consecutive months.

Listed below are myriad subtle — and sometimes not-so-subtle — changes that can happen in a woman’s body during perimenopause. Any one of these can play havoc with her overall physical and emotional well-being. While some women do not experience any of these changes, most experience at least one or two during perimenopause, resulting in need for diagnosis and treatment. Medical histories are reviewed, and examinations and tests done, including blood tests to check for things like anemia, thyroid function, and female hormone levels. Because hormone levels are changing during perimenopause, a woman’s blood is often tested at different times for comparison and to rule out medical causes for symptoms in question.

Body changes that sometimes happen to women during perimenopause include:

Having irregular periods is a hallmark of perimenopause. A woman’s period during perimenopause may vary from month to month, be light or very heavy, long or short. Some women skip periods, and then have regular periods again. This new and different bleeding pattern makes it hard for a woman to decide when her menstrual cycle is normal — and when there is a problem. Heavy menstrual bleeding (which may include clots) or any bleeding happening outside normal cyclic menstruation is referred to as abnormal uterine bleeding (AUB). While woman experiencing episodes of irregular bleeding should see their health-care provider for guidance, it is important for all women to know that AUB is a common and treatable gynecological problem during perimenopause, caused by the thickening of the lining of the uterus before shedding (due to the drop in the hormone progesterone).

Women during perimenopause are encouraged to discuss changes in their period with their health-care provider to learn what indicates a medical problem and what doesn’t. Treatment for abnormal bleeding range from observation (and taking iron, if a woman is anemic) to various medications to noninvasive outpatient surgery. Tranexamic acid is a medication that significantly decreases menstrual bleeding. Only recently introduced in the United States, it has been available in other countries for many years. Birth control pills can make cycles more regular and reduce bleeding, but there is controversy about using them during perimenopause. An IUD (intrauterine device) treated with a progestin, such as the levonorgestrel-releasing Mirena, is sometimes used as a nonestrogen hormonal option for controlling bleeding.

Studies show that perimenopause women may be able to help stabilize their menstrual flow by reducing their stress and changing their diet. Cutting down on animal fat and adding fiber often helps hormonal balance by lowering cholesterol, which is converted to estrogen in the body. While there is controversy about whether soy products are beneficial for AUB or may help to regulate periods, supplements of vitamins E, A and C with bioflavonoids help if a woman’s diet does not include enough of these vitamins. Some research suggests acupuncture and Chinese herbs help stabilize menstrual flow.

Despite a decline in fertility during perimenopause because of irregular ovulation, women can still become pregnant — so if they don’t not want to become pregnant, they should use birth control until reaching menopause. With estrogen levels dropping during perimenopause women start to lose bone more quickly than they replace it, increasing the risk of osteoporosis. For this reason women are encouraged to get plenty of calcium and vitamin D, and walk or exercise for 20 minutes a day. Changes in a woman’s blood cholesterol level during perimenopause can increase the risk of heart disease. Women should consult with their health-care provider on ways to maintain good cholesterol levels.

Current data reveals that women who experience some of the uncomfortable changes of perimenopause, including weight gain from a slowing metabolism, feel better when doing things that enhance their general well-being, including exercising, going to sleep and waking up at the same time each day, not smoking, and drinking less alcohol. Data also shows women who address their individual health concerns with medical professionals, understand quicker the subtle and not-so-subtle changes happening in their body during perimenopause, as well as options to successfully relieve specific symptoms.

I’ve been patient of Dr. LaFollette for years. She has helped me manage menopause and aging issues in a very supportive manner. It’s always an adventure when I visit her. We’ve had some wonderful discussions about the world around us.