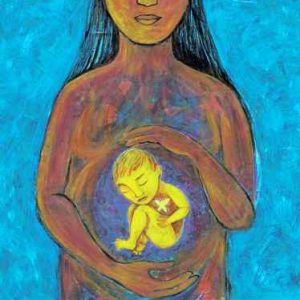 When a woman has delivered by C-section the first time, her remaining pregnancies are too often delivered by C-section, despite evidence that this need not be the case. When a woman is an appropriate candidate for vaginal birth after cesarean, what’s known as VBAC, and she has the full commitment of her healthcare provider and team — there is 70 to 75 percent chance she will succeed in a vaginal birth, regardless of the reason she underwent her first cesarean.

This impressive outcome is well-documented, including in an extensive study I lead from 2000 to 2013 at Marin General Hospital. Presented at the American College of Obstetricians and Gynecologists (ACOG) national meeting in 2015, the study shows that moms — across different cultures, and of diverse weight and age — exhibit a three in four chance of successfully delivering vaginally after delivering by C-section in the first delivery.

Equal in importance as the success rate is that it allows mothers to avoid another scar on their uterus, as well as an increased risk of infection, hemorrhage, abnormal placental growth in subsequent pregnancies and possible hysterectomy. Moms also have less pain after delivery, fewer days in the hospital recovering, shorter at-home recovery time and a more active role in the birth process.

As a woman, a healthcare provider, educator, and one of the fiercest VBAC advocates in the San Francisco Bay Area, I remain concerned that the United States’ cesarean rate has increased so much over the years that a C-section — which should only be a life-saving intervention — is now a procedure performed in three U.S. births. In fact, research published in a recent practice bulletin of Obstetrics & Gynecology, the official publication of the ACOG, coins the incorrect dictum “once a cesarean always a cesarean” along with liability concerns of some practitioner and healthcare institutions contributed to the U.S. cesareans increase from 5 percent to 31.9 percent between 1970 and 2016.

Pregnant women should interview doctors, midwives, and other labor and delivery support individuals to discover their philosophy about labor and delivery. They should ask if they champion a “keep calm and labor on” attitude in both the early phase of labor and active phase of labor. Ideally, they’d want a unified health-care approach — one where thinking like a midwife and allowing more time in labor in low-risk pregnancies is as important as acting like a doctor if a life-saving intervention is required. Women need to understand when their chosen provider and healthcare teams will consider surgery is appropriate, as well as their VBAC rates and number of first-delivery cesareans. A hospital’s VBAC rate (calculated as the number of VBAC deliveries resulting in a live birth divided by the sum of VBAC and repeat cesarean deliveries, multiplied by 100) is readily available. While the national average is appalling (under 10 percent), the VBAC rate is twice that number for many of our local hospitals, including Marin General, UCSF, and Alta Bates. This is wonderful news.

The National Institute of Child Health and Human Development, American College of Obstetricians and Gynecologists, American Society of Maternal-Fetal Medicine, March of Dimes, Centers for Disease Control, World Health Organization, and California Maternal Quality Care Collaborative all agree — if a pregnancy is healthy and there is no medical reasons to have a C-section, it’s best to have your baby vaginally.

New ACOG labor and delivery guidelines are contributing to this mindset. Guidelines now allow for adequate time for cervical change, with a new definition of active phase labor (cervical dilation of 6 centimeters instead of 4 centimeters), as well as for more time in dilation and descent (four hours instead of two hours). Also playing a key role is the federal government’s stated Healthy People 2020 Cesarean Delivery Rate Goal of 23.9 percent (or lower) for first pregnancy, full-term, head-down, cesarean births. Although still high, nationwide this is a viable goal. California has developed a toolkit to support vaginal birth and reduce primary C-sections.

In summary, all women should learn as much as possible about cesarean birth. When doing so they will learn to trust their bodies more in childbirth, surround themselves with knowledge and, if an unexpected medical complication is encountered that does require having a C-section, they will understand why.

Dr. La Follette reviewed my test results with me, and my husband, and gave us her recommendations in a very reassuring , knowledgeable manner. I left the appointment optimistic that I would be well taken care of. Dr. La Follette’s office staff from the front desk to her nurse do their jobs with ease and in a timely manner. Thank you for giving me peace-of-mind.