What an Abnormal Pap Smear Can Mean for You 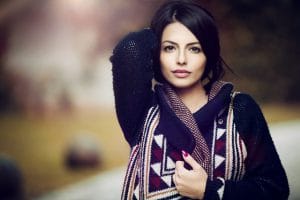 Anytime you receive any kind of testing and get a result back that is less than perfect, it can cause some level of alarm. Results that are considered abnormal or that prompt the need for investigation aren’t always very serious, but you do need to get to the bottom of why your results aren’t normal. One of the tests that can provoke anxiety when coming back positive or abnormal is the pap smear. Every woman is familiar with pap smears because they are routinely given during annual well woman exams to primarily test for cervical cancer. If you’re not going to see your OBGYN every year, you could be putting yourself at unnecessary risk. Preventative care and early intervention are key when dealing with serious illnesses.

A positive test result can indicate infection, particularly with the HPV virus. While the HPV virus itself may not produce any symptoms and often goes away on its own, certain strains can linger and transform into cervical cancer. In fact, the greatest risk factor for cervical cancer is HPV.

Here is what you need to know about cervical cancer and why pap smears are so important.

Cervical cancer, while not one of the most common cancers, is being diagnosed with more frequency. This is due to an increase in HPV diagnoses. HPV is a sexually transmittable virus that is believed to be present in about a quarter to a third of the adult population. There are many HPV strains, with many not causing serious health complications. However, high risk HPV strains that don’t self-resolve can turn the cells in the cervix cancerous.

Cervical cancer is one of the rare cancers that actually affects younger women more than older women. Those in their teens to mid-30s are at the highest risk. It can occur at any age, though. Cells in the cervix grow abnormally rapidly. Cells generally remain in the precancerous phase for up to a couple of years before becoming cancerous. A pap smear is designed to catch these cells still in the precancerous stage so treatment is effective and simpler. While precancerous cells aren’t a guarantee of cancer in some women, you should not assume that this is the norm.

Like many cancers, symptoms don’t really present themselves until the disease has progressed. Early stages are often symptomless. That’s why regular pap smears are so important. They can alert you to something being wrong before you even realize it and while treatment is still possible. Cervical cancer may not present with any symptoms until it spreads to surrounding tissues. One of the telltale signs is abnormal vaginal bleeding. This may present as heavier or longer bleeding between periods or excessive bleeding following sexual intercourse. Pain during sex can also occur as can an unusual discharge. Many conditions can present this way, however, which is why you should always get new symptoms checked by your OBGYN to determine the root cause. These symptoms don’t necessarily mean you have cervical cancer, but it’s important to get a diagnosis to rule it out.

The importance of your well woman exam

Your well-woman exam is one of the most important things you can do for your health. It’s the first line of defense against potentially life-threatening conditions because they allow you to catch them before they become more serious. Many illnesses can put you in danger before you have noticeable signs or symptoms, so only testing can give any indication that you need treatment. Getting checked at yearly intervals helps ensure that diseases aren’t allowed to progress too far between examinations. Always be sure to tell your OBGYN about any new symptoms or sensations you’re experiencing.

An abnormal pap smear can mean many things. It may not be much of an issue at all, or it could mean dealing with a serious illness. Either way, a full investigation by your OBGYN is required so whatever actions that are necessary can be taken. If you haven’t had a well woman exam lately or you’re experiencing troubling symptoms that you’ve never experienced before, book an appointment online with us today. Dr. La Follette and her team are dedicated to providing you with the care you need so you can stay healthy.

Dr. Dela Merced is an extremely knowledgeable and caring physician. I feel comfortable talking with her about my faminine wellbeing and I trust her treatment approaches and preventative care recommendations.