Which birth control method is right for you? 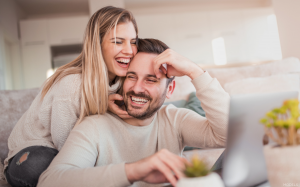 When it comes to birth control there are a multitude of methods to prevent pregnancy. Deciding which one is right for you is a personal choice, but to make that choice easier, we’ve broken down all of the options.

The CDC recommends LARCs, available with or without hormones, for younger women. One option is Nexplanon, a tiny, thin rod that is implanted under the skin of your upper arm which releases progestin hormones to prevent pregnancy. The hormone causes the mucus on your cervix to thicken which stops sperm from reaching the egg or prevents the egg from leaving your ovaries. It can last up to five years.

There are four progesterone only IUD options. An IUD  is a small, flexible contraceptive device that is inserted into the uterus to prevent pregnancy.

Skyla which is effective up to three years and Kyleena, Mirena and LILETTA which are effective up to five years. Another popular LARC is the copper IUD, Paragard, a non-hormonal option which lasts ten years.

While these methods of birth control are reversible, it’s important to know the cons of IUD insertion prior to committing. During insertion, many women experience pain, and it is possible to contract an infection.  Additionally, there is a small risk of the IUD moving out of place while inserted and therefore not protecting against pregnancy. A visit one month after insertion is typically required as this is the period where the IUD is most likely to move or become dislodged. With so many LARC options, discussing all of the risks, and knowing your choices is critical.

When people hear the words birth control, most are quick to think of the daily pill. While this is a great option, it’s not the only option.

Even if you opt for an oral pill, it’s important to find a kind that is right for you. There are primarily two main types: ones with estrogen and ones without. It’s important to talk with your doctor about which type will be best for you.

Lesser known hormone-based birth control methods include weekly patches, monthly rings, and a twelve-week recurrent injection. Keep in mind that unlike condoms, these methods don’t protect against STDs— only pregnancy.

The most extreme method, sterilization, includes vasectomy or tubal ligation. These choices are permanent, and understanding what they entail is important to consider. Having the fallopian tubes removed may be recommended if child bearing is absolutely no longer wanted. This also decreases ovarian cancer risk by about 30% but it is important to understand it is entirely permanent. If you later decide to have kids after fallopian tube removal it would require in vitro fertilization (IVF) which involves retrieving eggs from your

Most people are aware of male condoms, but they aren’t the only barrier out there. The diaphragm is a barrier that covers the cervix and stops sperm from joining an egg. Diaphragms work best when used in conjunction with spermicide.

Cervical caps and sponges are inserted into the vagina before sex and prevent sperm from entering the uterus. Most importantly, remember that when it comes to barrier methods, they must be used every time you have sex.

No matter your gender, at La Follette OB-GYN & Aesthetics we’re ready to help you take the next steps and educate you on all birth control methods to ensure you’re ready for anything life throws your way. Give us a call at (415) 461-1949 to set up your appointment today!

I love Dr. Dela Merced and Dr. LaFollette. I never feel rushed when I am there – nor that any question is judged or off limits. They want the WHOLE picture – not just the pieces that they help facilitate from the medical side. This for me, is the difference between a practitioner I am willing to pay a concierge fee to – versus one who I am not. Thank you to both of them for their dedication and commitment to helping women stay connected to their bodies, life needs and their overall happiness inside and out. It means so much.